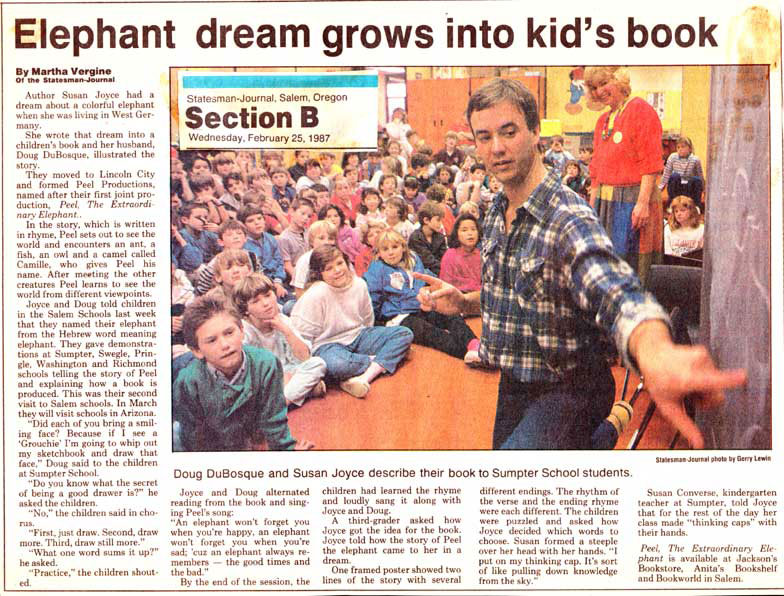 In 1985, Susan Joyce and Doug DuBosque launched into a new life with a garage full of freshly-printed books and a Rolodex of US Department of Defense school contacts in Germany, where they both lived. Selling 3,000 copies of Peel, the Extraordinary Elephant in a few months, they quit their jobs and moved to the Oregon coast to pursue their dreams.

Over 25 years later, more than 12 million books have been sold worldwide, including translations into Spanish, French, German, Dutch, Portuguese, Italian, and Russian.